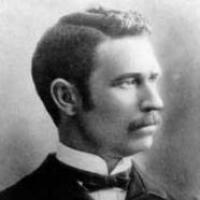 On 4 January 1892 when the new Academy Building was dedicated, the principalship of the Academy formally passed from Karl G. Maeser to Benjamin Cluff, Jr. It was a memorable occasion and 1,000 people were estimated to have gathered for the ceremonies. But when the dedicatory services for the Academy Building were over and while the tributes to "Brother Maeser" were still ringing in the new principal's ears, Benjamin Cluff, Jr., turned his attention to the stern realities of his new position.

There were three main concerns which immediately occupied his attention. The first was the proposed establishment of a university in Salt Lake City which was to be the center of the Church educational system. Cluff felt this move was a serious threat to the support or even the survival of Brigham Young Academy. The second problem was the deterioration of the financial condition of the school during the last years of Maeser's administration. And third, Cluff knew that if he were to improve the scholastic standing and educational program of the Academy he would need to obtain greater support from the General Authorities and the General Board of Education.

In the midst of this debate over Church education policies, Cluff was confronted with probably the worst financial crisis in the history of the Academy — even worse than the crises during the Maeser administration.

Benjamin Cluff, Jr., finally came to the conclusion that the only real solution to the Academy's financial problems was incorporation by the Church. He wrote that "one evening while returning from a walk down town and while studying deeply over the future of the Academy, the thought came to me like an inspiration: 'give the school to the Church.' Immediately my mind was at rest. I knew that it was the right thing to do." Although this same suggestion had been made and rejected a number of times in the past, on 18 July 1896 the Board of Trustees succeeded in incorporating the school.

"The future, too, as we now view it is full of bright promises and encouraging signs, which with the blessings of God . . . and with the united efforts of the board, the faculty and the students, the aims and desires of the great founder, President Brigham Young, will be fully realized." —Benjamin Cluff, Jr.