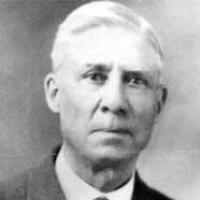 To this day, alumni who attended Brigham Young University between 1904 and 1921 are often heard to say, "I attended the Y in the good old Brimhall days." This is intended as a compliment to the spirit and personality of George H. Brimhall, for he breathed into the school a special charisma which people never forgot. He was particularly known for his short, pithy talks at devotionals. Ezra Taft Benson has written "No man has so inspired me with so few spoken words as has President Brimhall in his famous four-minute assembly talks."

The President was equally impressive in his full dissertations. Often when speaking to the students he was both intense and dramatic and could either inspire them or evoke tender pathos or a sense of horrific guilt, illustrated in an incident reported by J. Edward Johnson, who describes a real "scorcher" given by Brimhall after a rash of pilfering had hit the student body. Brimhall was particularly incensed over the theft of a watch from a gym locker. "None who heard him would ever forget how small, little, unbelievably diminutive he made that thief." With dramatic pauses Brimhall said that if the culprit had "even so much as a trace of conscience and character every tick of that watch would say to him, 'thief." 'Thief, thief; thief, thief; thief, thief.'" He suggested that perhaps the guilty person might want to return the watch. The story goes that when he came into his office early the following morning, Brimhall found several watches on his desk.

George H. Brimhall was a strong and compelling personality with wide versatility in talent and achievement. In terms of his time and culture he must be credited with high marks for his devotion to Brigham Young University, the Church, and the state. While rearing 14 children, presiding over the Church University, and serving on the Church Board of Examiners, he still found time to write, teach, preach, and counsel. He not only guided the University through some of its most difficult times, but also guided students in choosing the paths they would follow in life.

"The school depends not on man, or any set of men. God planted it and we are but gardeners to take care of it." —George H. Brimhall