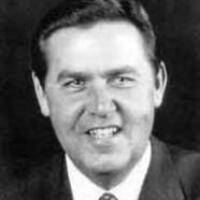 When Jeffrey R. Holland took the helm of BYU, he did so with two principal goals in mind. He wanted to increase significantly BYU's academic vitality and accomplishments, while strengthening and emphasizing its unique religious nature. In an April 1987 issue of BYU Today, Holland said, "I want BYU to be known for its academic achievements, achievements reached in an environment of faith and high ideals." Holland has become well known for his commitment to moral education and for proclaiming BYU as a unique university inextricably linked with its religious heritage.

A notable theme of Holland's tenure is that while BYU cannot do everything, what it does do will be done extremely well. The BYU Jerusalem Center for Near Eastern Studies was established and constructed in Jerusalem during Holland's tenure. On May 18, 1988, BYU signed a 49-year renewable land lease with the Jerusalem District Lands Authority. Among the many challenges connected with construction of BYU's new center, built on Mount Scopus, were questions raised by protesting ultra-orthodox Jews who said the center would be used for proselyting. Holland visited personally with the protesters and promised, in writing, that no one connected with the center would proselytize. Elder Holland was called as a member of the Quorum of the Twelve Apostles of The Church of Jesus Christ of Latter-day Saints in 1994. "We must never lose sight of the spiritual armor that ought to be fortified and polished in every course on this campus, armor that will let us serve well in the world but not be too enamored by it." — Jeffrey R. Holland