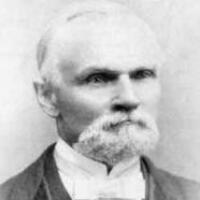 Under Karl G. Maeser Brigham Young Academy established itself as one of the leading schools in Utah territory. The curriculum continually expanded to meet the ever-changing and ever-increasing needs of local and regional education. But the uniqueness of the school lay not in its academic emphasis but in its religious foundation. Maeser placed the development of character above the development of intellect. He taught his students that lessons themselves were not the most important part of learning, but that if a student accepted an assignment it became "a matter of honor to be prepared…if you have to sit up all night." He did not teach the subject as much as he taught the student. In matters of morals and religious conduct, he saw things as black and white. He devised for Brigham Young Academy an intricate system of rules, regulations, and academic routine all designed to form habits of proper conduct.

On the night of 27 January 1884 a fire of undetermined origin destroyed the entire Lewis Building. Since Brigham Young, founder and benefactor, was no longer alive to aid the school, many thought that the fire meant the end of the Academy. Accosting Professor Maeser on the street, Reed Smoot said, "Oh, Brother Maeser, the Academy has burned." Maeser answered, "No such thing, it's only the building."

At one time during these financial crises, Karl G. Maeser informed his wife and daughter that because of lack of sufficient money on which to live, he was going to accept a position at the University of Deseret. Accordingly, his wife and daughter got things packed and sat on their trunks. When the daughter finally mustered enough courage to ask her father when they were moving, his response was, "I have changed my mind. I have had a dream - I have seen Temple Hill filled with buildings - great temples of learning, and I have decided to remain and do my part in contributing to the fulfillment of that dream." Maeser repeated this story to his daughter on many occasions.

During Maeser's entire administration he and his colleagues struggled from day to day to keep the institution afloat so that his dream could eventually come true. Maeser will always be known as the spiritual architect of both Brigham Young Academy and Brigham Young University.

"I should be ungrateful if I did not place myself on record as being conscious that the Brigham Young Academy has been a chosen instrument in the hands of the Lord God of Israel, to plant the seed for an educational system that will spread its ramifications throughout all the borders of Zion, penetrating with its benign influence every fireside of the saints, and open to our youth the avenues to all intelligence, knowledge and power." —Karl G. Maeser