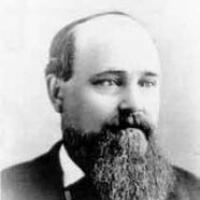 The founding of Brigham Young Academy in Provo rather than Salt Lake City was undoubtedly due to the educational endeavors of Warren and Wilson Dusenberry. They had founded two schools, both of which were eminently successful, even though they were financially unstable. Warren was also president of the Timpanogos Branch of the University of Deseret, which had to close because of financial support by the parent institution.

Because of his successful educational experience it was only natural that Warren was chosen as the first principal of BYA, although it was understood that he would only serve until a permanent principal was appointed. He preferred to go into the practice of law, where he would not have to push wheelbarrows around to collect produce for tuition. He preferred the tumult and the controversy of the law with its financial security to the peace of education with its financial uncertainty. After serving as principal only a few months, he recommended Karl G. Maeser as his successor.